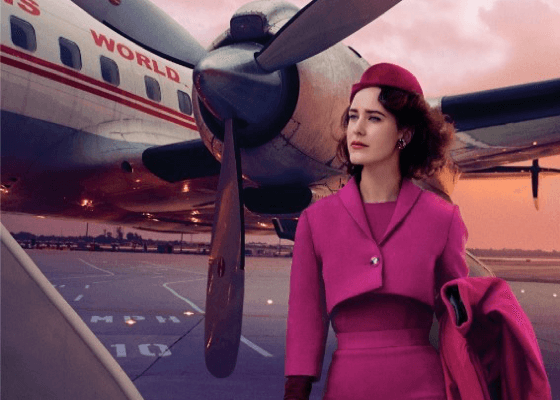 Just in case you’re one of the 12 people who don’t have Amazon Prime, it’s a service from Amazon that gives you super-fast shipping and free video streaming.

Yes, I know it’s kind of a chick thing, but it’s also awesome viewing about a lady in the late 50’s trying to break into the man’s world of stand up comedy and I highly recommend it.

But now Amazon Prime has gotten REALLY smart. They know you are a captive audience because you’re on the third or thirteen or maybe the thirtieth episode. You’re not going anywhere. So how do they use this information?

To sell you on watching another program. That’s right: Starting around episode 3 and for most episodes thereafter, they make you watch a commercial for another movie or show they’re streaming on Amazon Prime.

I’m wondering if we, as marketers, couldn’t do this as well? Let’s say we have a video course with a dozen modules. Why not put in a 30 second ‘commercial’ for another one of our products?

“Hey, congrats on making it to Module 3, you’re doing great! Before we get started, I’m going to use the next 26 seconds to tell you about a resource that will double your efforts and reduce your work by half.”

You give a couple of benefit laden sentences, tell them the link to get a 30% discount and then begin the next lesson of the course.

I think this could be great. Place a link down below for the resource you mentioned. This could even be an affiliate link for just about anything, including a monthly membership type of software, service, information, etc.

And here’s one more thing about The Marvelous Mrs. Maisel that I’ve taken to heart: Perseverance.

This lady wants to enter a man’s field in the late 50’s and early 60’s. And it’s not just any field, it’s one where the audience is drinking, the club owners don’t respect women, and no one thinks a beautiful woman can be funny.

To say her family is not supportive is a massive understatement. Her manager is just learning the ropes and makes mistakes. Mishaps happen, including car break downs in the pouring rain while on the road, canceled gigs, running out of money, club managers who don’t want to pay, arrests for saying ‘indecent’ words and a whole lot more.

And she learns from her mistakes, too. Sometimes she bombs. I mean really bombs. But she also pays attention to what works in the act, and she finds ways to improve upon it and make it even better.

You can see the parallels here to online marketing. Maybe your family thinks you’re crazy. Maybe you’ve got one obstacle after another that is getting in your way. But the people who build massive, profitable businesses online all have one thing in common: Perseverance.

As long as you don’t quit and you keep moving forward while taking note of what works and making it even better, you’re going to be successful.

Entrepreneur Chris Harris has been actively running a successful home based business with a computer since. 2004. Chris Harris also runs this website https://www.InternetBusinessKickStart.info, the Internet's number #1 destination for you, if you are looking at starting an online business and also for forward-thinking entrepreneurs.