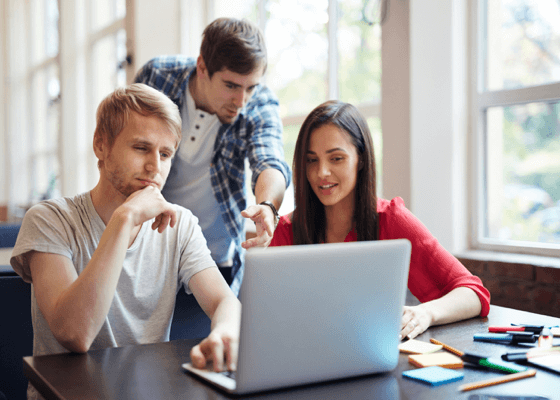 We’ll call our guy Mark (not his real name) and here’s what he did.

Mark was desperate to stop working. Long story short, he hated his job, hated his boss, hated the commute… you get the idea.

One day Mark decides he’s going to do online marketing but he doesn’t have a clue what to do or how to get started.

To fill in his knowledge gap, Mark takes a course at one of those online course sites like Udemy. Only instead of learning online marketing, Mark realizes the guy giving the course is no smarter than Mark is.

That’s when Mark decides to emulate the guy giving the course rather than build himself an online business.

Mark spends a couple of days on every course site he can find, studying what’s selling the best and why it’s selling.

He makes a list of 22 topics he thinks he can teach that interest him and that he thinks will sell well.

He chooses his first topic, does deep dive research on the topic for 10 days, and creates his first course.

Then he repeats the process.

A few things you need to know about Mark:

As you can see, Mark had no prior training for this. In fact, he was camera shy and didn’t have a lot of confidence in himself, either. And yet, look at what he achieved.

What else you need to know about Mark:

He’s capable of becoming super excited when he’s talking about something he’s passionate about. That’s why he chose topics that interest him, and his enthusiasm really comes through in the courses.

He’s one heck of a researcher and takes great notes. He learned everything he could in the time he allotted, made a detailed outline, and then started recording. He didn’t wait until he “felt ready” because in his words if he had waited, he never would have recorded a single course.

He was terrified to do this, but even more terrified of staying in his job. Hence the motivation to leave his comfort zone.

He initially did no marketing of these courses. Remember, he didn’t know anything about marketing. But what he did do was research his topics to find out what people wanted to learn. Then he created awesome course titles that made people want to take his courses. And he initially charged a pittance for the courses just to get his first students.

And that’s about all there is to it. Maybe it sounds too easy, but sometimes it’s just a matter of putting in the work and doing something before you feel ready.

The bottom line is pretty obvious: If Mark can do it, so can you.

One more thing… after four months of creating courses, Mark quit his job and never looked back.